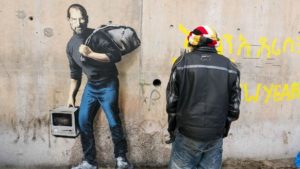 The message in the mural is clear: People who want to ban refugees from entering their country could be depriving the world of the next Steve Jobs, who was himself the son of a Syrian immigrant. The painting is poignant, and Banksy clearly meant well. By posting the images on his website, he’s calling attention to the deplorable conditions in ever-growing refugee camps around the world, and that’s worth something.

In a statement to The Independent, Banksy explained the thinking behind the painting, writing, “We’re often led to believe migration is a drain on the country’s resources, but Steve Jobs was the son of a Syrian migrant. Apple is the world’s most profitable company, it pays over $7 billion a year in taxes—and it only exists because they allowed in a young man from Homs.”

Such economic arguments are, of course, part of any immigration debate, so I don’t fault Banksy for trying to appeal to those interests. Still, I hope the world will rally to help the millions of refugees who are in need simply because they are in need, and not because they may someday invent the next iPhone. 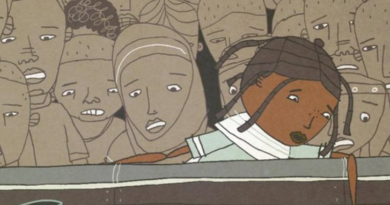 One child refugee’s journey from Eritrea 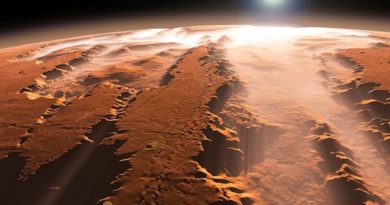 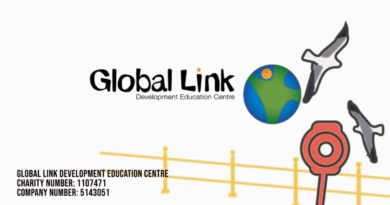